On January 14, 1933, the Armenian Youth Federation was born.

It was on that day in Boston, MA, that the ARF Central Committee of America decided to unify existing youth groups scattered across the country and build the groundwork for a national Armenian youth organization.

The legendary Armenian hero, General Karekin Njteh, was soon invited to the US to serve as a fieldworker to mobilize the communities around the idea of a consolidated youth movement. He toured the country from city to city, town to town, encouraging the masses to join the ranks of the soon to be established AYF. With his magnetic oratory and inspirational presence, hundreds of youth flocked to hear his appeals and apply to become part of the first generation of the AYF.

In June 1934, the AYF held its first Convention, which took place at the famous Hairenik Hall in Boston. General Njteh served as the honorary chairman of the Convention, where 40 chapters throughout the country were represented with a total of about 60 voting delegates. This gathering democratically set the initial name, anthem, programs, and aims of the organization. They also elected the first AYF Central Executive body, composed of five members: Arthur Giragosian, K. Merton Bozoian, Hamparsoum Gelanian, John Der Hovanessian, and Hagop Hagopian. 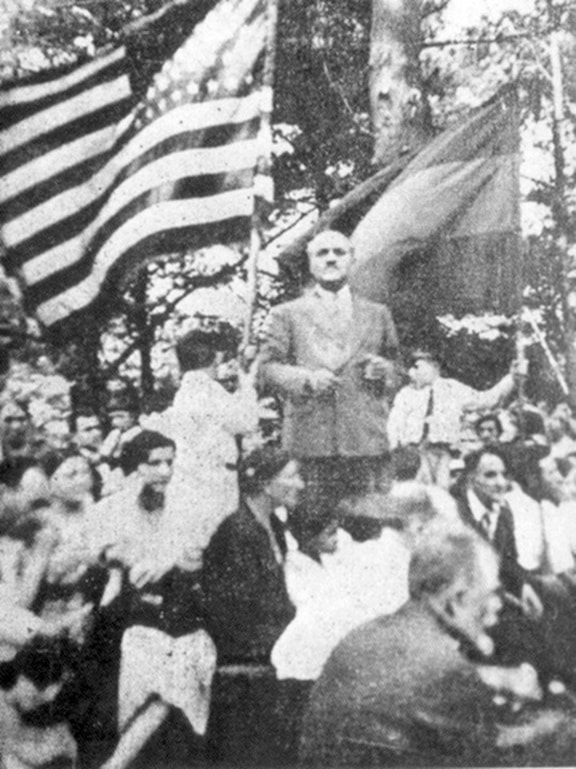 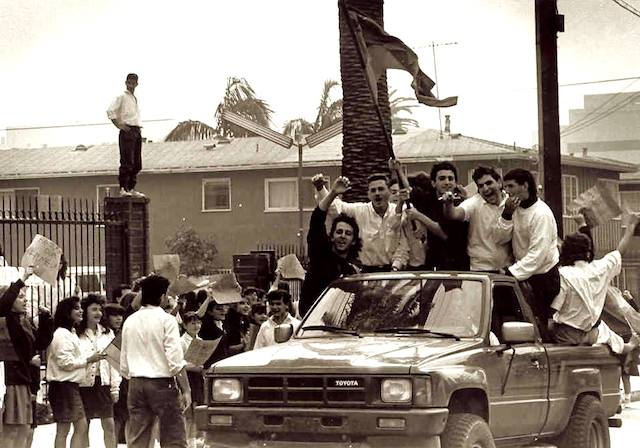 During its first years, the AYF worked to further define the organization. Chapters organized programs such as drum and bugle corps, theater troupes, and charity services. A high priority was also placed upon education, with chapter-level lectures, Armenian patriotic songbooks, pamphlets on Armenian history, scholarships for higher education, and biographies of historical figures. Armenian youth gained within the AYF that which was not being provided in the traditional school system: knowledge of themselves, their history, and their culture.

The AYF also provided an avenue for Armenian youth to build camaraderie with one another. Programs such as the annual AYF Olympics allowed the youth to gather together in a spirit of healthy athletic competition and social interaction. As it grew over the years, the AYF also established annual seminars, celebrations, camps and conferences which further served to instill a sense of pride and togetherness among the youth.

Of course, as an organization dedicated to the liberation of Armenia, the AYF was also active in opposing both Soviet rule in Armenia and Kemalist Turkey’s unrepentant denial of the Armenian Genocide. The AYF prepared young Armenians to be leaders within their community and active citizens fighting for the just cause of their people. By the 1960s, the AYF was at the forefront of the international campaign demanding recognition and justice for the Armenian Genocide.

In the 1973-74 fiscal year, due to its continued growth, the AYF split into three separate administrative entities: the Western US, Eastern US, and Canada. The Western Region was centered in California and became a haven for the youth of these growing Armenian communities.

By 1978, AYF Camp Big Pines was purchased in the Angeles National Forest. With its close proximity to the Los Angeles area, the camp provided a unique environment for young Armenians to make new friends, become better acquainted with their history and culture, and participate in a wide array of activities.

In that same year, Haytoug, the official publication of the AYF-Western Region, was created. It was published to serve as a forum in which Armenian youth could write about relevant contemporary issues. The articles often emphasized the need for youth to be active and engaged within their communities.

The AYF also continued its various educational programs, social gatherings, athletic competitions, and community activism. Both on a chapter and central level, the AYF brought Armenian youth together to build bonds of friendship, raise awareness of relevant social issues, promote civic activism, assist the homeland, establish educational forums, and advance the Armenian Cause.

Beginning in the late 1980s, the struggle for the independence of Artsakh became a new challenge for the AYF. The organization became involved in fundraising activities to supply much-needed funds to the Armenians of Artsakh. Following the ceasefire in 1993, the AYF continued to aid Artsakh by establishing the Youth Corps program in 1994. The mission of the program was not only to aid in rebuilding the nation, but more importantly to create a bond between Armenian youth in the Diaspora and the homeland.

Today, the AYF continues to be the leading youth organization within the Armenian community. It remains committed to its initial mission of advancing the goals of a free, independent, and united Armenia; developing the moral, social and intellectual capacity of the Armenian youth; and operating under its five durable pillars: social, athletic, cultural, political and educational.

With the emergence of an independent Armenian Republic, the AYF has sharpened its focus on the development and advancement of the homeland. It has also maintained its vigilance surrounding issues related to the recognition and just compensation for the crime of the Armenian Genocide. Of course, the ongoing challenge to curb assimilation and maintain Armenian culture within the Diaspora also continues to be at the forefront of the AYF’s activities.

Over eight decades after its founding, the AYF stands prepared to adapt to changing times and meet the needs of the community at large. Knowing full well that its future rests in the hands of active Armenian youth lending their support and becoming involved in the organization, the AYF continually strives to reach a new generation of young Armenians and introduce vibrant programs relevant to current times. 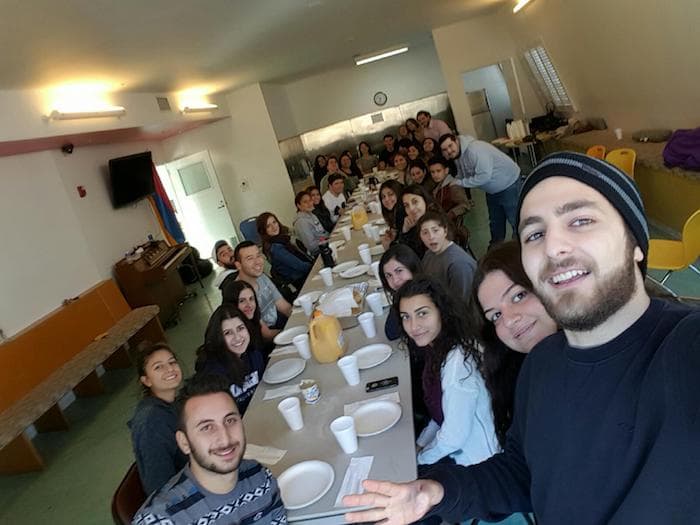